We have been a little light on our weekly serving suggestion articles recently, sorry about that!  We’re going to use this post to combine some of the photos from the last few weeks as well as some good recipes for the items that you may still have leftover (is anybody else hoarding potatoes like I seem to be?!).    – Shana & Bob

Garlic:  Bob has been saving heads of garlic to give this recipe a try.  He’s have never made it but loves all things Alton Brown so it will certainly be fantastic.  40 Cloves and a Chicken.

Potatoes: Shana loves this method of cooking potatoes which is perfect for families who have children who like to get involved.  Let them smash away!

Onions: One of Bob’s favorite soups to make is french onion so that’s a no-brainer (and really easy if you use your slow cooker).  But what if you have more onions than the soup recipe calls for?  Cook them all, reserve some before adding the broth, google “caramelized onion fritatta” and go crazy.  There are so many recipes out there that you can find inspiration to use up some other CSA veggies.

Cabbage: Did you go apple picking last weekend?  Or maybe you have some from your fruit share?  Give this a try, it’s beautiful and would make a great side dish to go along with a Wrong Direction pork tenderloin.

Butternut Squash: Shana picked up Bon Apetit’s Thanksgiving issue and it features a ton of mouthwatering squash recipes.  If you don’t subscribe to the magazine, you can get them online here.

Cauliflower: Bob had the best intention of making these cauliflower hash browns last Saturday morning but got sidetracked and forgot all about them.  Thankfully the head of cauliflower is still holding on and I’ll be making them this weekend.

Broccoli: One of Bob’s favorite quick weeknight dinners is cavatelli and broccoli (and sausage if you have it).  Boil water for the cavatelli and cook it per the package directions.  Add the broccoli to the boiling water for the last 3-4 minutes.  After draining the mixture, add it back to the hot pot and toss with butter, minced garlic, olive oil and red pepper flake.  He typically start with a tablespoon each of butter and oil and add a little more if needed to coat depending how big of a batch I made.  When using sausage… brown it in the pasta pot first, remove it with a slotted spoon, drain the fat and then fill the pot with water to cook the pasta/broccoli.  Save yourself the extra dishes!  The dish would probably be tasty, albeit monochromatic, with cauliflower too.

Escarole & Greens: Not a fan of escarole?  Shana wasn’t either until she tried this recipe.  She now makes it frequently this time of year, it’s perfect for when you’re feeling sick with a scratchy throat.  Serve it with garlic bread on the side for an easy and largely hands-off dinner.

Parsnips: I typically roast my parsnips like carrots and potatoes (and often combine the three) but I am second guessing that boring choice after finding these two recipes:  Spiced Honey Parsnip Bread and Parsnip Gratin with Tumeric and Cumin. 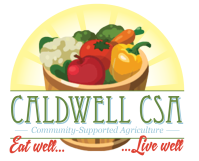 Click this thumbnail to download this year's membership information! See the application link below or for more information please visit the "How to Join" page.